I was hired as the only designer on the team, working under the product team, while also assisting in marketing design efforts. I reported directly to the VP of product and the CEO (who was a design advocate). Being a part of a team where leadership was built on the understanding that great design is important, allowed me to create my best work. I was originally hired to work on the marketing landing pages, banner ads and social media collateral, but quickly moved into a product design role. I worked closely with a team of two iOS engineers, two Android developers and seven web developers to build the best cross-platform product possible that was not only aesthetically pleasing, but also feasible with our tight deadlines. The motto of the startup was, "One day working at Kifi is equivalent to one week working somewhere else". -Danny Blumenfeld

Kifi built a network of people and teams collaborating on the web. We aimed to connect people with and through knowledge, to better understand, utilize, and expand what we know together.

When I was hired, the company was pivoting from a consumer based product to a SAAS company in order to raise round B of funding. The challenge was to turn a social knowledge sharing application primarily focused on user engagement to a product that can could seamlessly merge into the day to day life of employees in the work place. If successful, Kifi libraries would then become highly functional knowledge storage cloud documents for companies to access on desktop, tablet and mobile.

The future of Kifi

Departments that could benefit most from Kifi collaborative libraries

Companies have tons of documents that either live on the cloud or stored on local hard drives. While this is an efficient way to store documents, giving access to private information, team specific content or simple file sharing amongst stakeholders can be a painful process. Kifi libraries is a seamless way to collaborate, store and share the files that matter most to your team.

The Kifi team and I began to reach out to colleagues that worked at reputable companies to get a better understanding of their pain points around employee collaboration. Getting a better understanding of their day to day life helped confirm our preconceived assumptions. Most importantly, it helped us make the right decision around road map planning and feature prioritization. 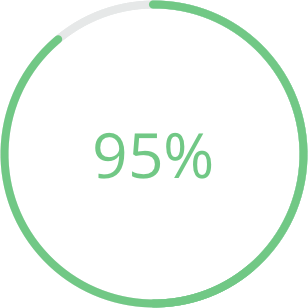 Have trouble collaborating with other teams internally when it came to file/knowledge sharing. 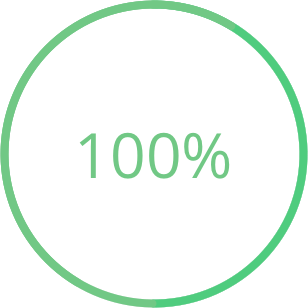 Have no way of managing privacy settings on files that were handed to new employees. 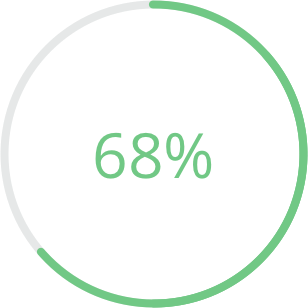 Have a hard time storing articles, websites or documents that could benefit their teams success. 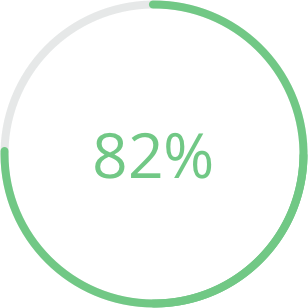 Will benefit from updates when documents have been edited that may concern them.

Quip is a connected hub where teams create, discuss, and organize their work from any device.

Put it in your Pocket

Put articles, videos or pretty much anything into Pocket. Save directly from your browser or from apps like Twitter, Flipboard, Pulse and Zite.

Dropbox works the way you do

Get to all your files from anywhere, on any device, and share them with anyone.

With Google Docs, you can write, edit, and collaborate wherever you are. For free.

Capture what's on your mind

Evernote is a cross-platform, freemium app designed for note taking, organizing, and archiving.

Save articles, videos, images, tweets and other great content you find on the web. 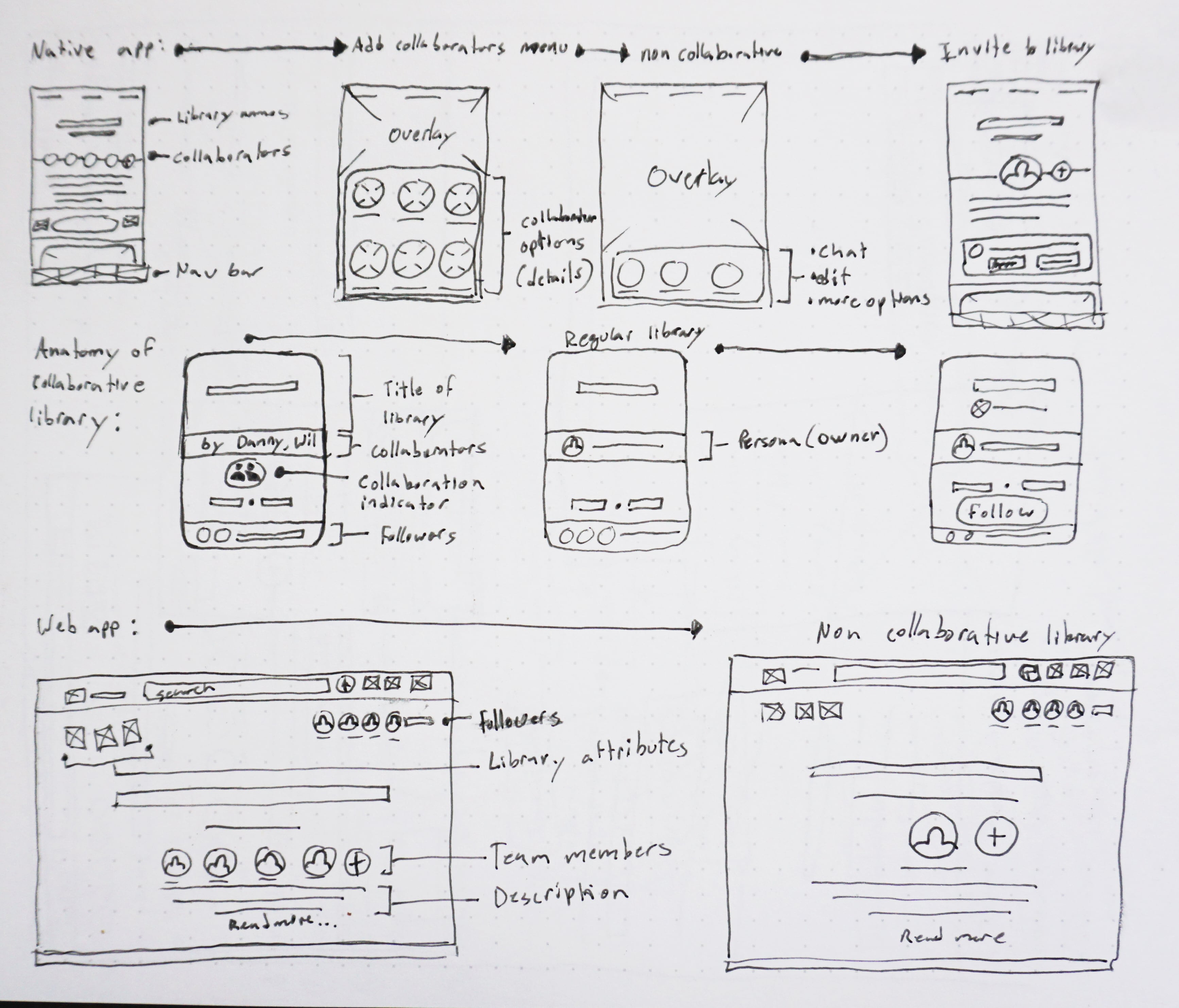 Anatomy of a library.

Libraries come with multiple customizable components. One of the main customization options is the ability to change the primary library color. The primary color will be reflected when users view the library card and further more, when the user clicks into the library card to view the content within. 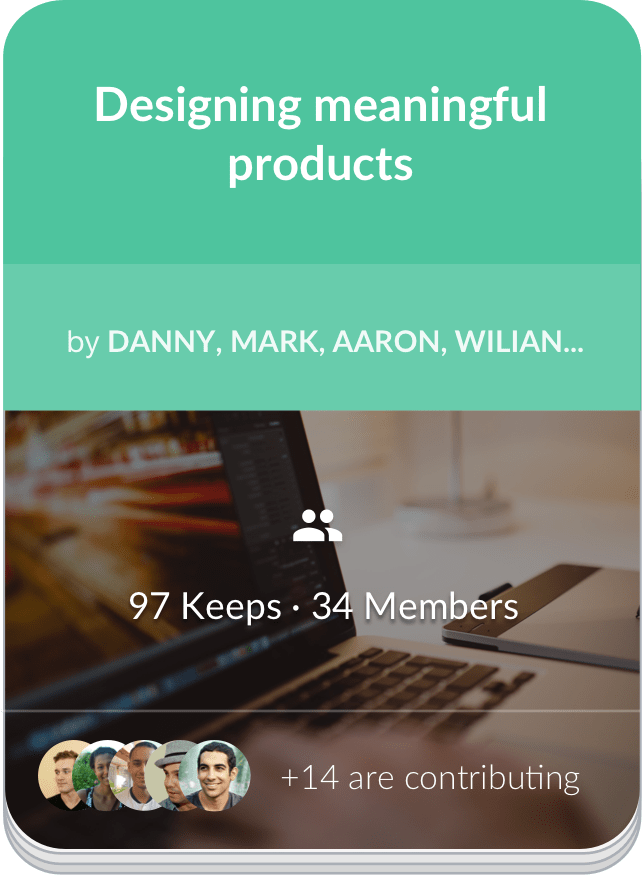 A library is a container of "keeps". Keeps are links, files and assets etc. A library is a great place for teams to store content. 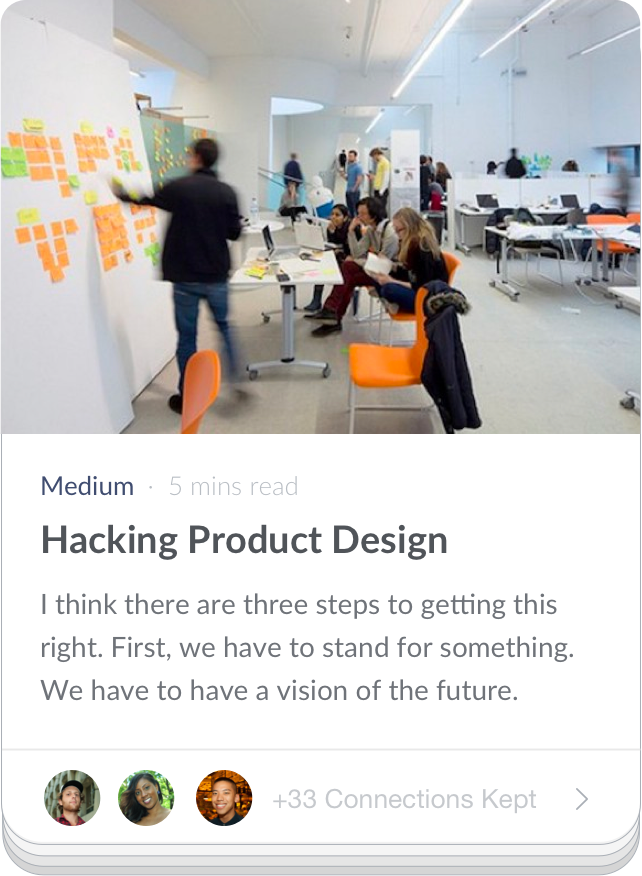 Keep cards give a quick preview of the duration of the link, source link, the people that kept it and thumbnail image. 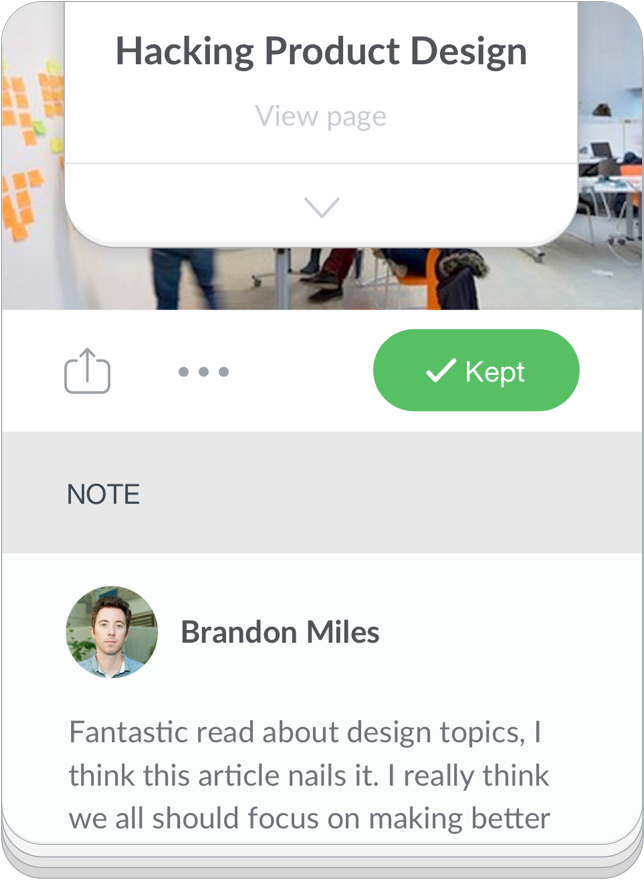 Back of keep card

The back of Keep cards provide further information. The user that kept it is able to add notes about the keep. 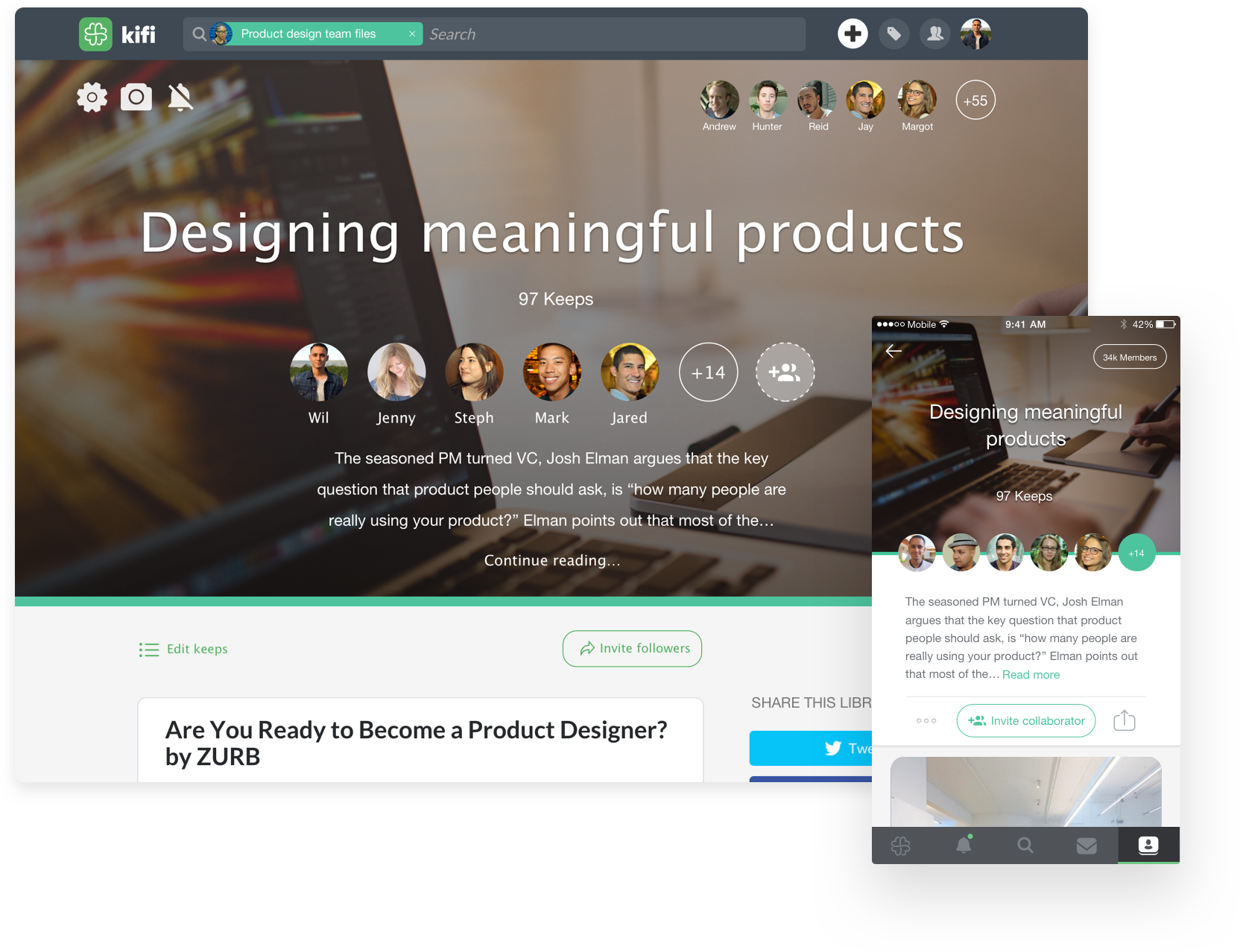 Kifi's collaborative libraries are a simple way for teams to stay up to date on file management, new team members and general push notifications.

The collaboration feature was strategized, researched, designed and developed for iOS, Android and responsive web. 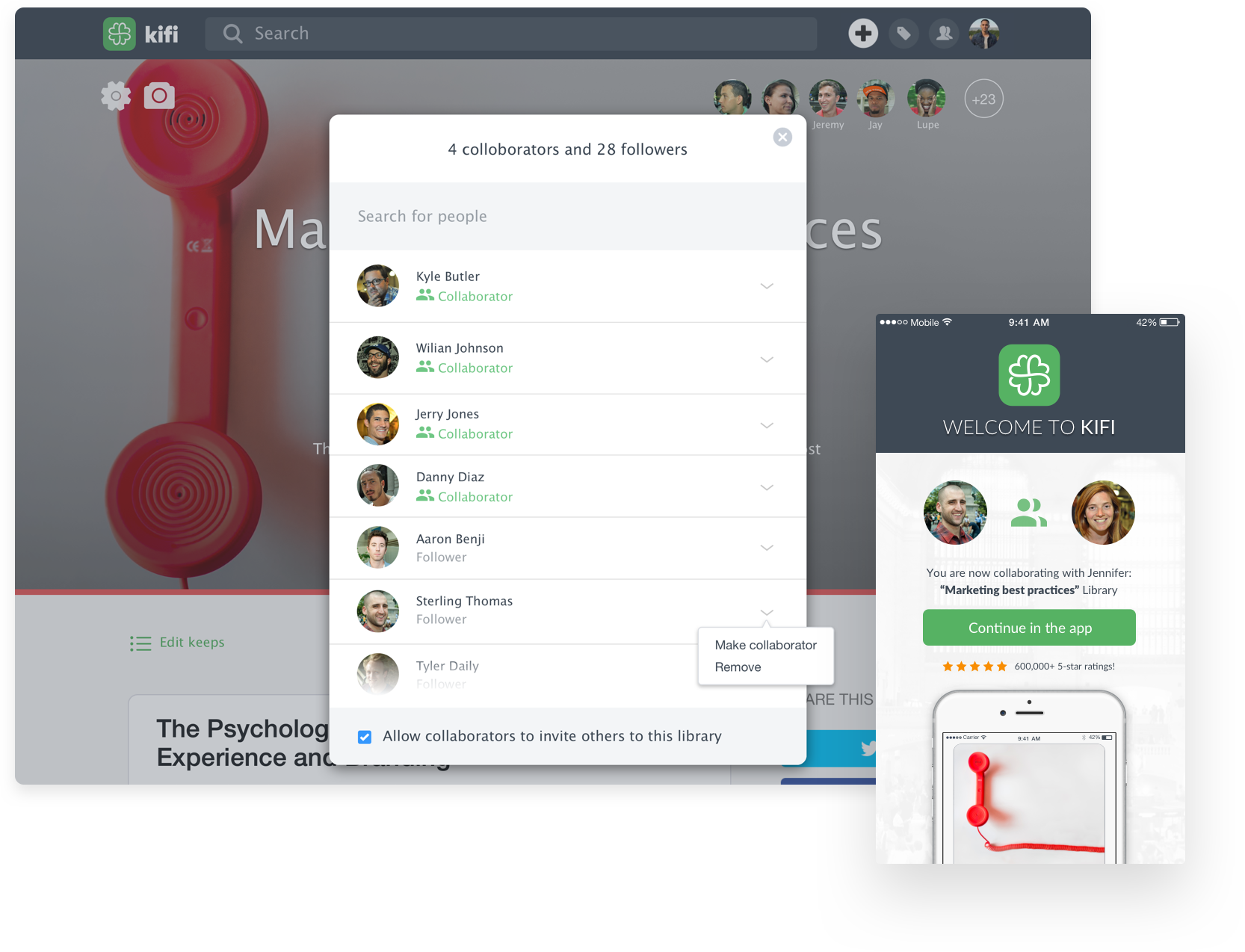 Manage individuals from collaborators, followers to even new hires on your team. Having the ability to upgrade someone's account to collaborators allows the team to know who the individual contributors are on the library, while also keeping your team accountable.

When a Kifi user receives access to a library as a collaborator, they will get a push notification on Kifi if they are an existing user or a SMS message if they are not a member. 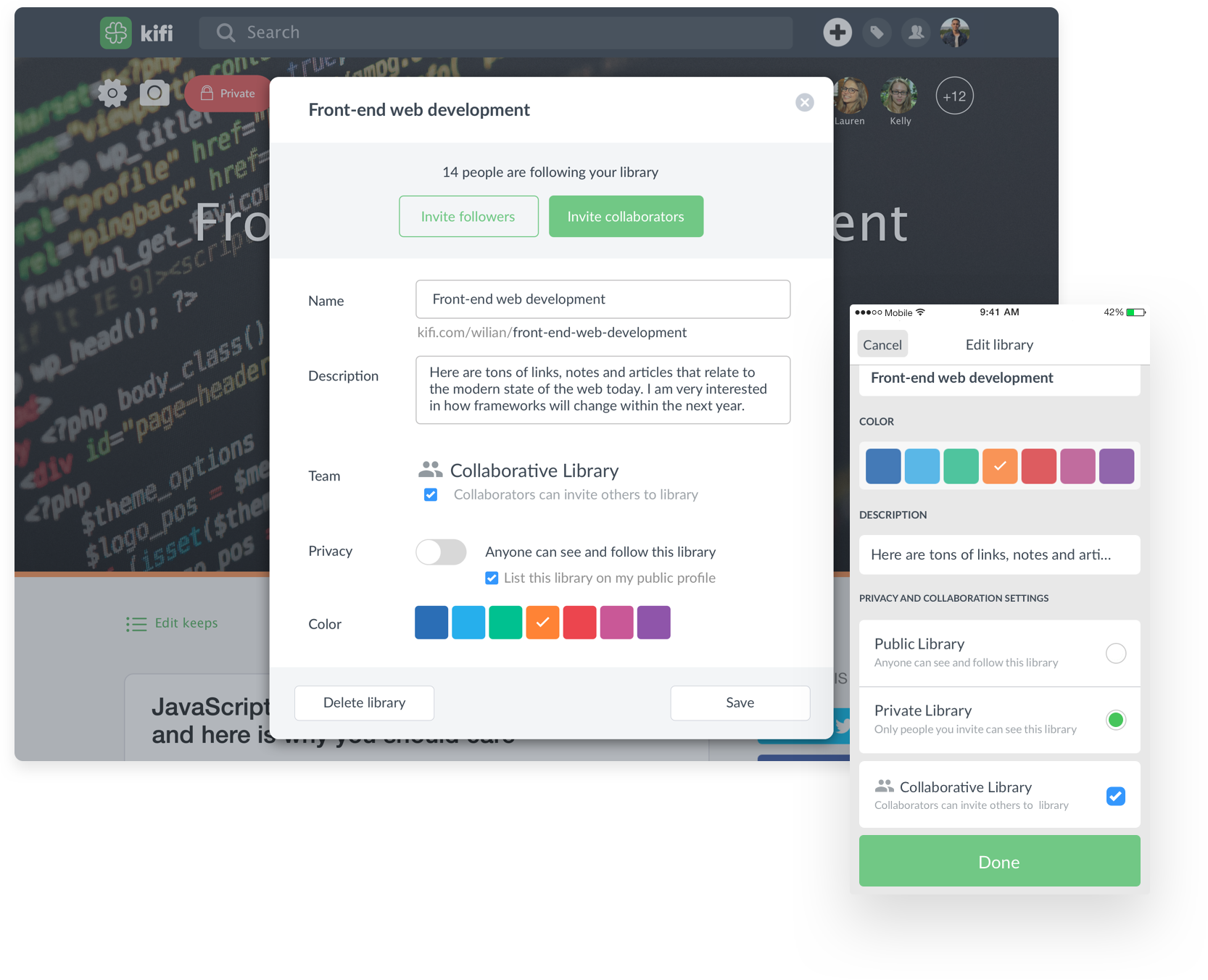 Kifi's collaborative libraries give teams the ability to edit library title, descriptions, images, links, privacy and many more features that allow teams to remain flexible and quick to change.

However, the most important part about a team's success is their privacy. Library settings allow teams to remain unseen by the public eye while keeping their internal stakeholders involved. 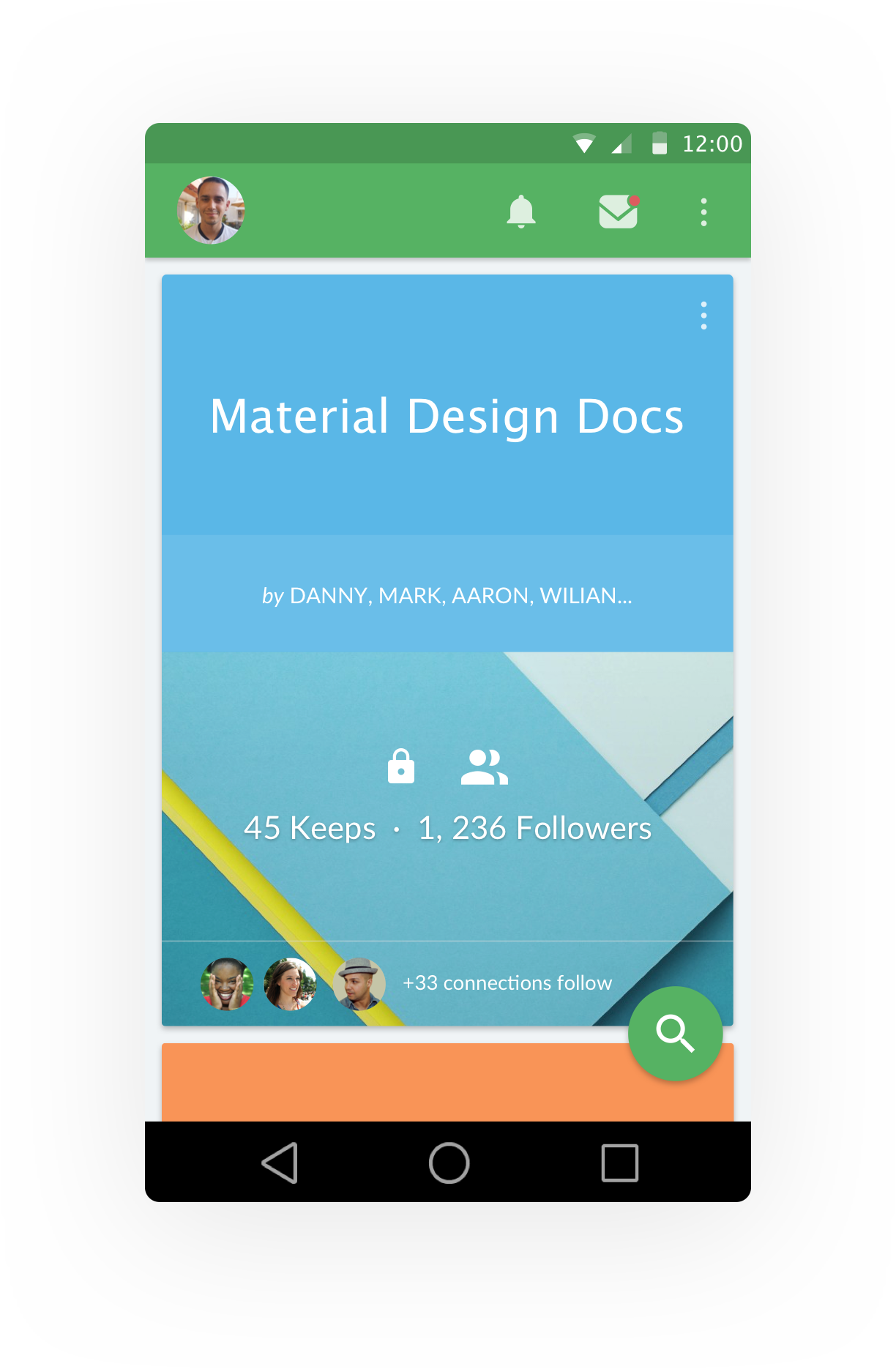 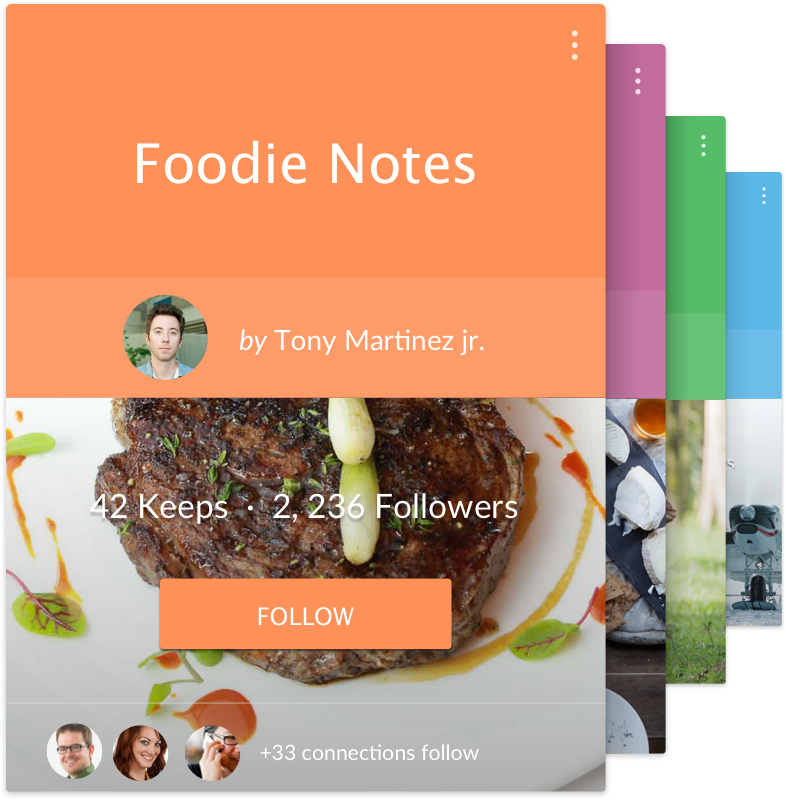 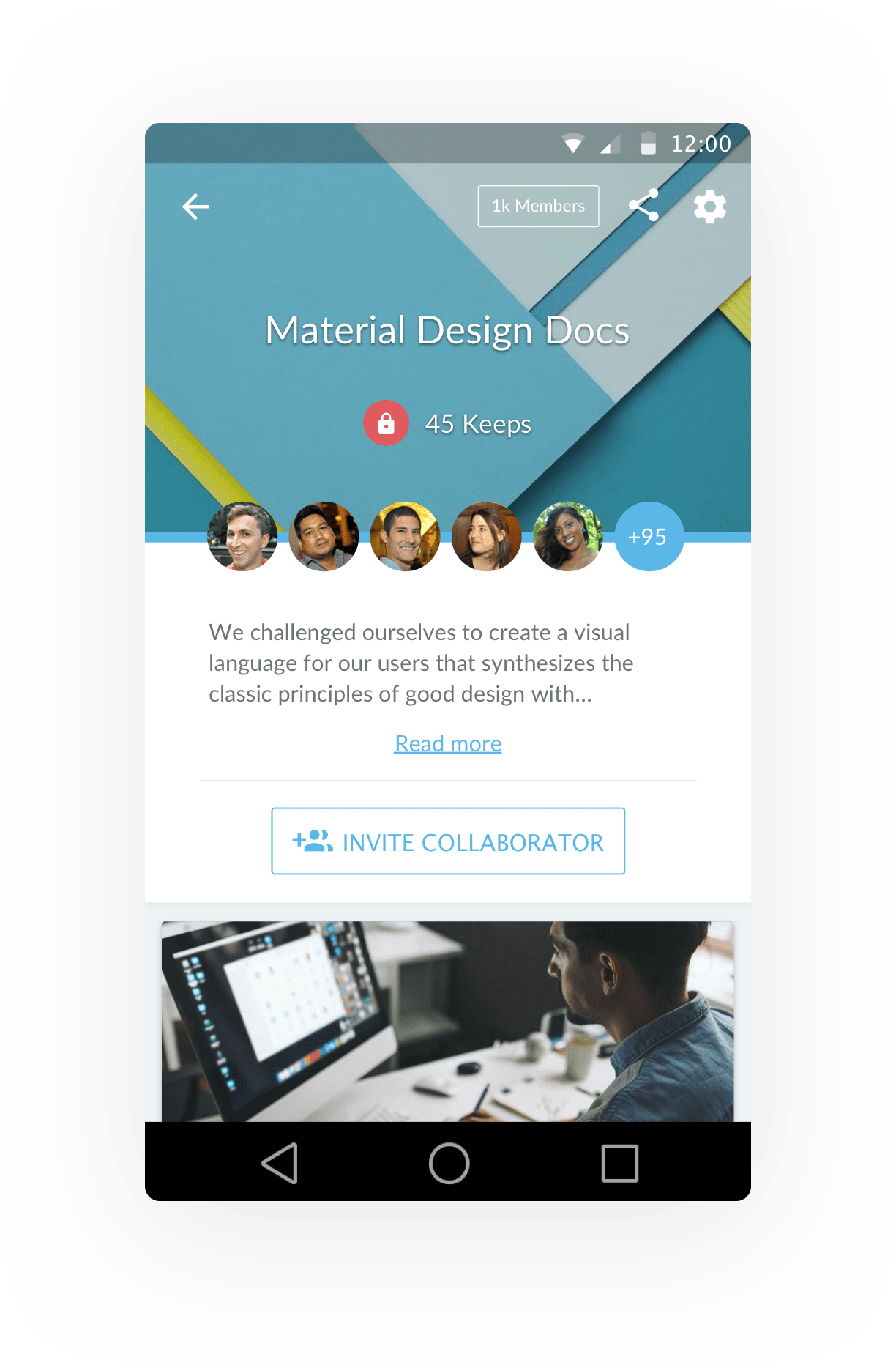 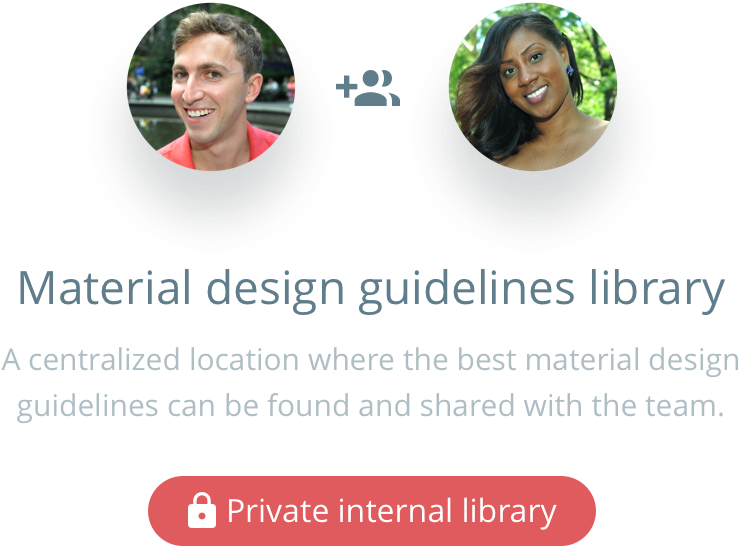 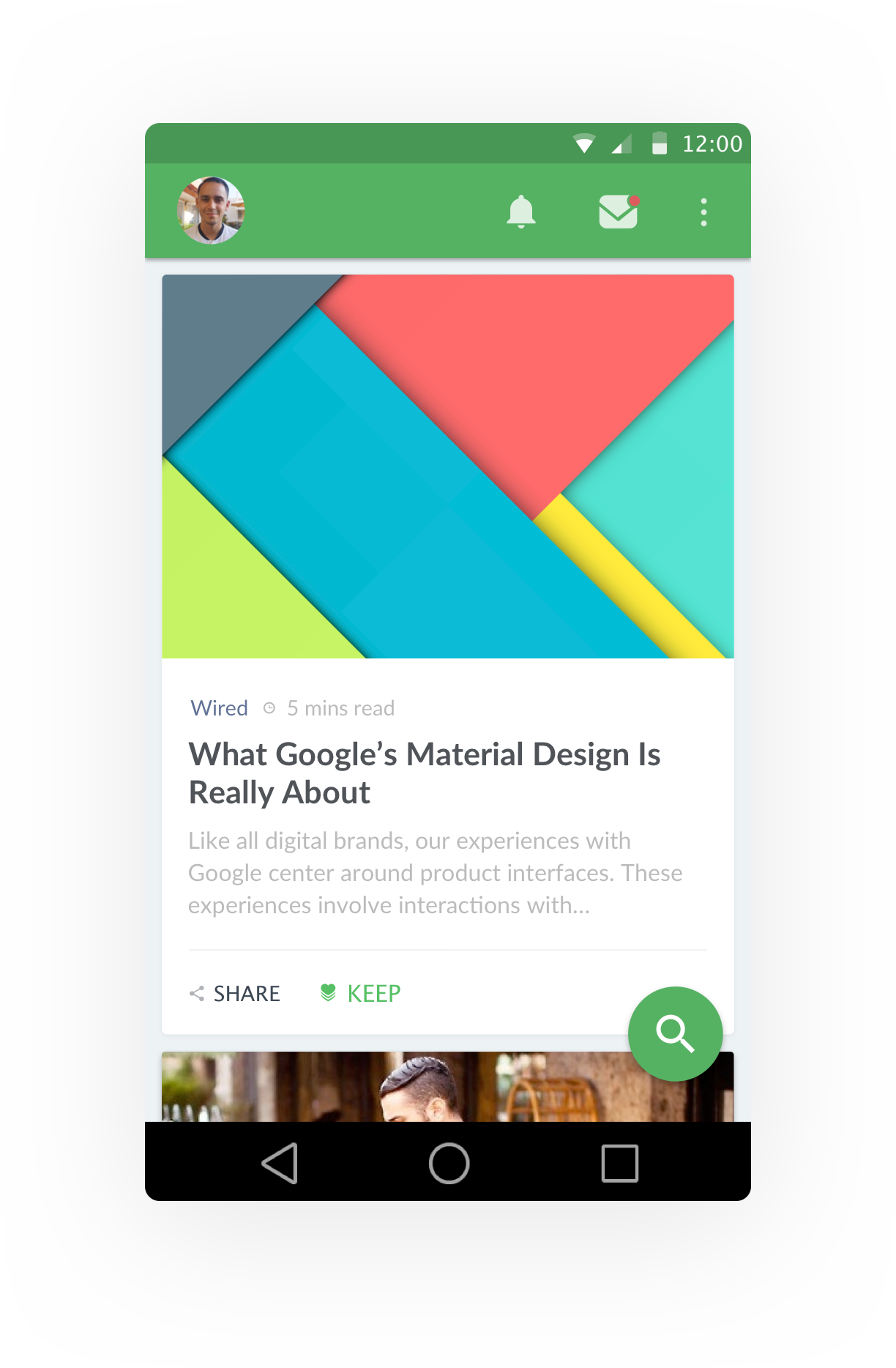 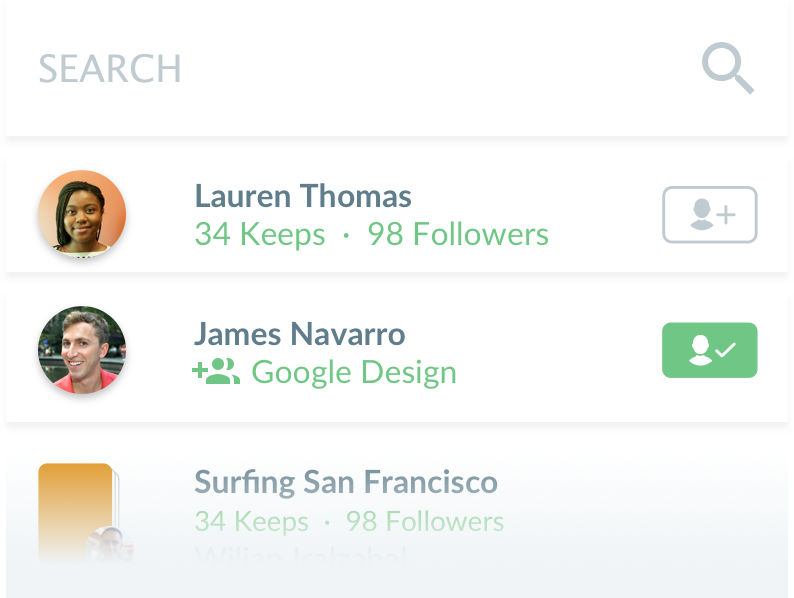 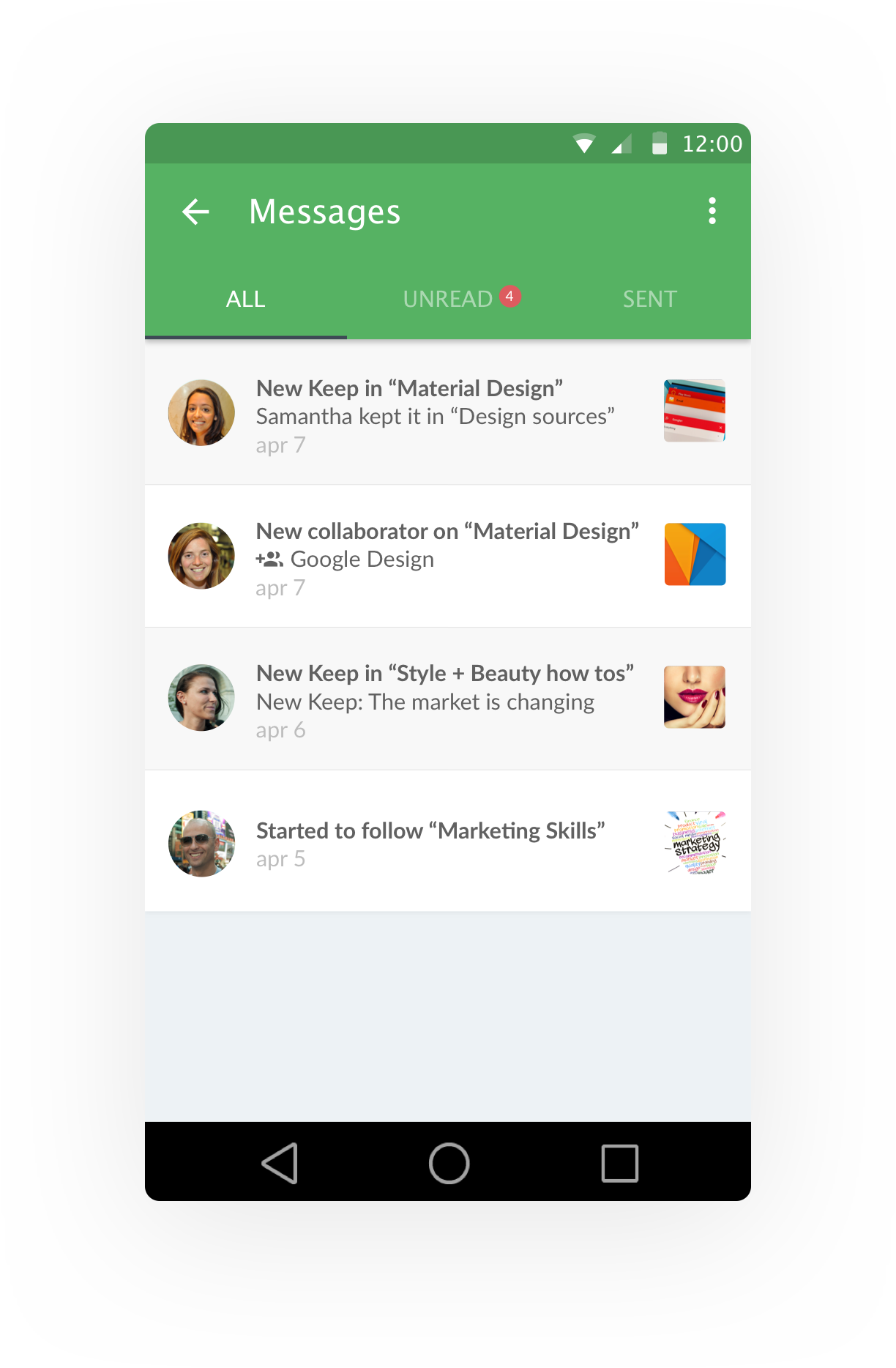 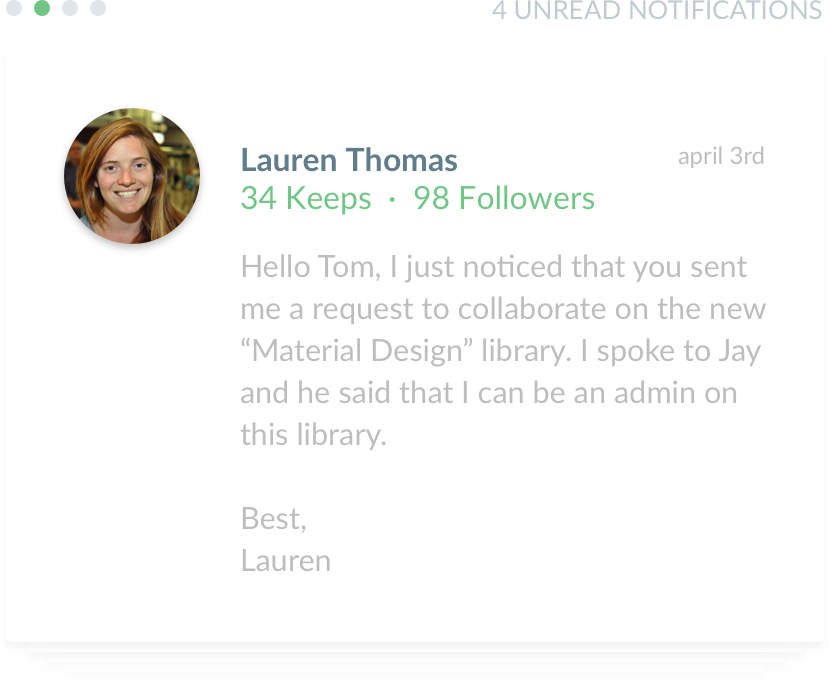 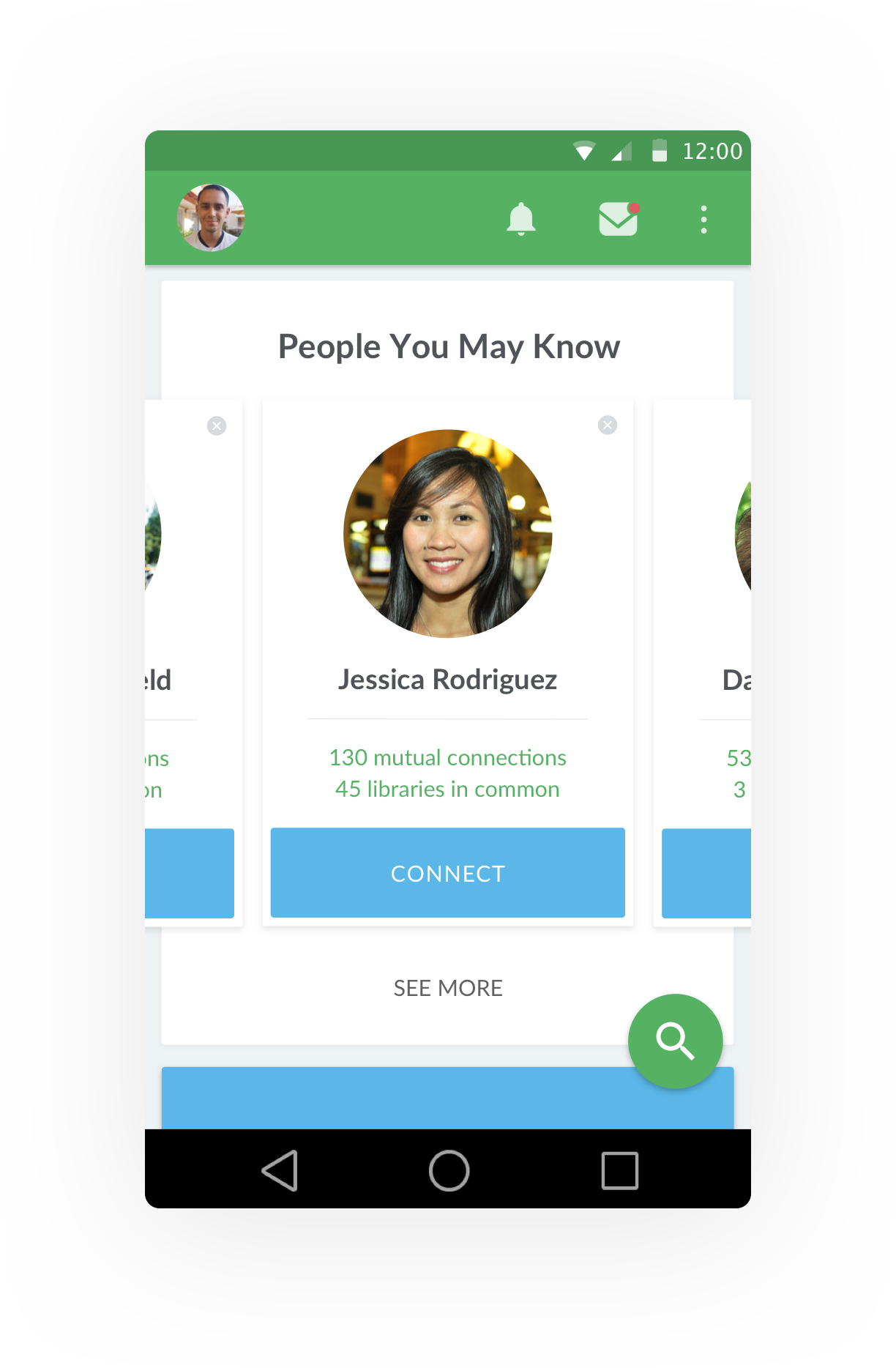 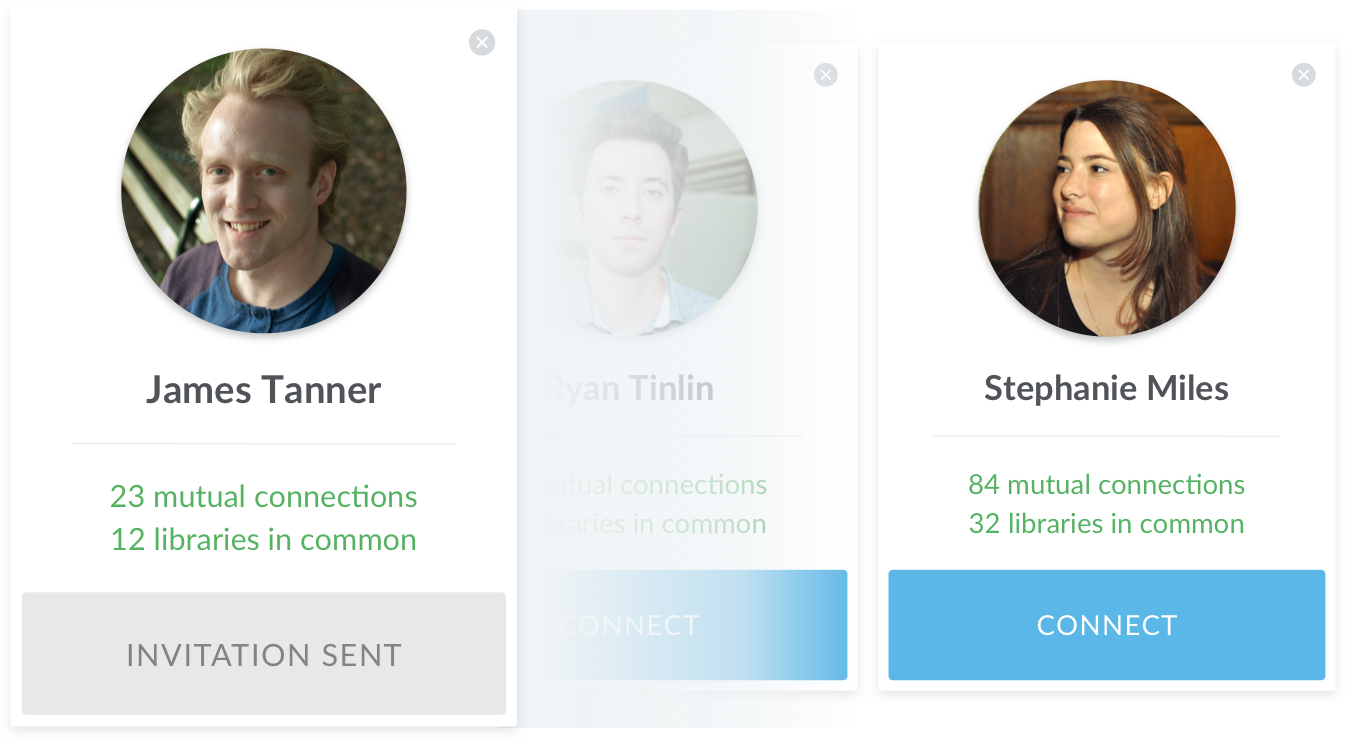 "Building a meaningful collaboration product required more than talent and skill. It meant putting complete trust in the team while also identifying ways to add value in areas other than design".

What we did well

We moved fast! This can be said about most startups, but not like Kifi. As the only designer on the team, I touched everything from marketing designs, landing pages, iOS application, Android application and web application. Designing for so many mediums successfully required a lot of attention to detail while keeping a very high level of communication throughout the entire company. Each morning the entire team would do a stand up, where we all synced on our tasks for the day and updates on our goals for the week. Doing this gave the entire team a sense of transparency throughout departments to see where dependencies overlapped. Stand ups were also very successful because they allowed everyone in the company a chance to be heard. Although, the best thing that we did was to use our own product internally "eat our own dog food". Doing so allowed everyone on the team to become more vested in the success of the company since we were able to identify the pain points of our own software and quickly iterate based on employee feedback. We iterated on previous versions of the product often based on qualitative and quantitative data found through internal use and the app appsee.com.

What I would do differently

One of the main things that I would change early on would be to ask more questions during product meetings. Not only to get a better sense of the product roadmap, product scope and road blocks along the way. But rather, to get a better sense of where to put the most amount of my efforts. What I learned from being the only designer and working on three different platforms is that sacrifices need to be made and when the tough decisions come up, they need to be backed with rational reasoning. Asking the right questions is a perfect example of how to get to the root of a challenge and reverse engineering a viable solution based on time and scope. In addition to asking the right questions, I would have also done more prototyping early on in the exploration phase. While our engineering team was staffed with some amazing individual contributors, the time spent building some features could have been cut in half by identifying if we were truly moving in the right direction by testing a high fidelity prototype. Doing so would not only save tons of engineering time, but would also make sure that the engineers were focusing on building a feature that was tested and well received by our users.

WHAT PEOPLE THINK ABOUT KIFI

HEAR FROM THE COMMUNITY